China and the Developing World 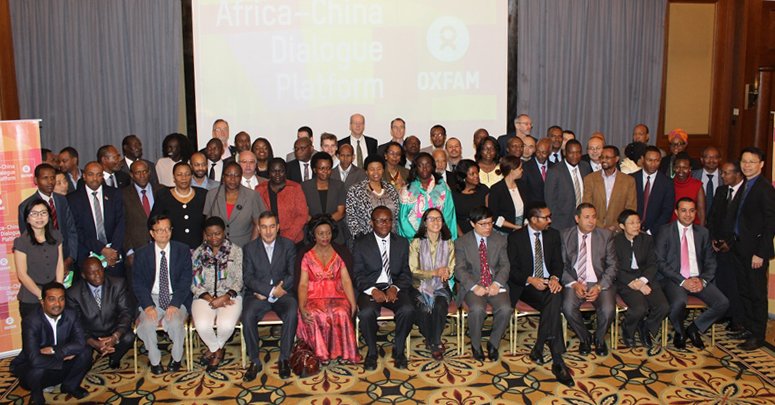 Oxfam hosted a high-level event to mark the official launch of the Africa-China Dialogue Platform Programme on 2 March, 2016, in Addis Ababa, Ethiopia.

The Programme aims to encourage and facilitate constructive engagement and dialogue between citizens, policy makers, researchers and other stakeholders on the growing partnership between Africa and China. Oxfam expects to generate knowledge and facilitate learning in order to influence policies and practices in relation to the Africa-China partnership on a wide range of issues that are pertinent to promoting sustainable development in Africa.

This high-level event started with a technical seminar on the Africa-China partnership. Experts from China and Africa were invited to discuss and debate on issues related to the partnership, including Foreign Direct Investment, trade, aid and development finance. About 120 participants from the African Union, African embassies, academic institutions, think tanks, international organisations and non-governmental organisations joined the seminar and contributed to lively and constructive discussions on ways forward to promote constructive engagement of key stakeholders in the Africa-China partnership.

It was followed by a high-level diplomatic reception, with an attendance of about 100 participants from the diplomatic community and the African Union. At the reception, Oxfam announced the official launch of the Africa-China Dialogue Platform. Ambassador Kuang Weilin, Head of China Permanent Mission to the African Union, senior representatives from the African Union Commission and the Government of Ethiopia gave keynote addresses at the opening and reception of the event, highlighting their support of Oxfam’s efforts in establishing this platform to promote constructive dialogue between Africa and China. 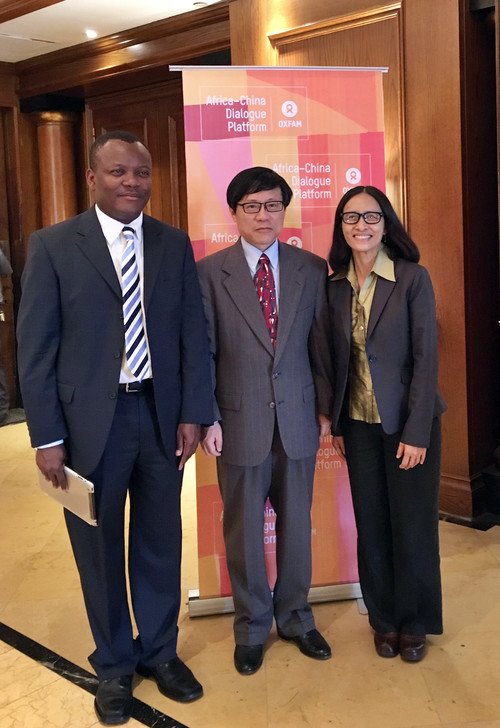