Aliza: I want to study at a Chinese-medium school because I want to find a better job

These kinds of stories are familiar to Aliza’s mother: a friend’s child studied at an English-medium school, learned English well but never quite learned Chinese properly. As a result, the child could not get into university, find an office job, and ended up being a mover. So even though Aliza has cried many times over learning Chinese, she still insists that her daughter goes to a Chinese-medium school. Even Aliza agrees: ‘I want to go to a Chinese-medium school when I get into secondary school because then I can find a job faster, and get a better job’. Young and innocent as this 10-year-old is, she understands the harsh reality.

Chinese is no fun

‘Chinese is no fun, because it’s too hard’. To Aliza, reading Chinese is the hardest because at least when she writes, she can copy. But to learn to read the language, there is no other way but to memorise it. She also feels helpless when it comes to Chinese idioms. ‘Idioms are very hard. I don’t understand what they mean’, she confessed. We asked her to tell us an idiom that she knows. She thought for a while. Finally she came up with one: the frog at the bottom of the well. ‘A frog is hiding inside the well; outside there’s sky, land and sea’, she said. When we asked if she knew the meaning of the idiom, she gave it some thought, gave up and shook her head.

Her school arranged for her to take two years of after-school Chinese remedial class, but all they did was to review what they had learnt the previous year. Aliza found the classes too easy and not very helpful. Besides, an extra class meant having to do more copying for assignments when she would rather go home and watch Cantonese TV dramas. 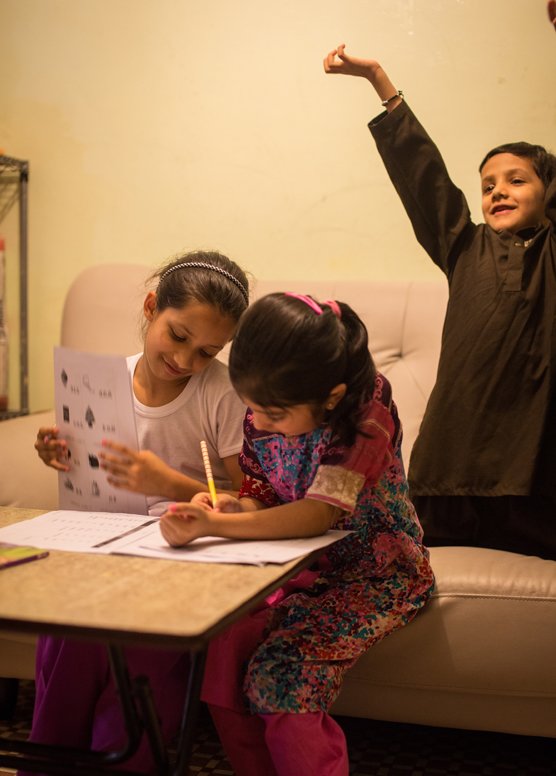 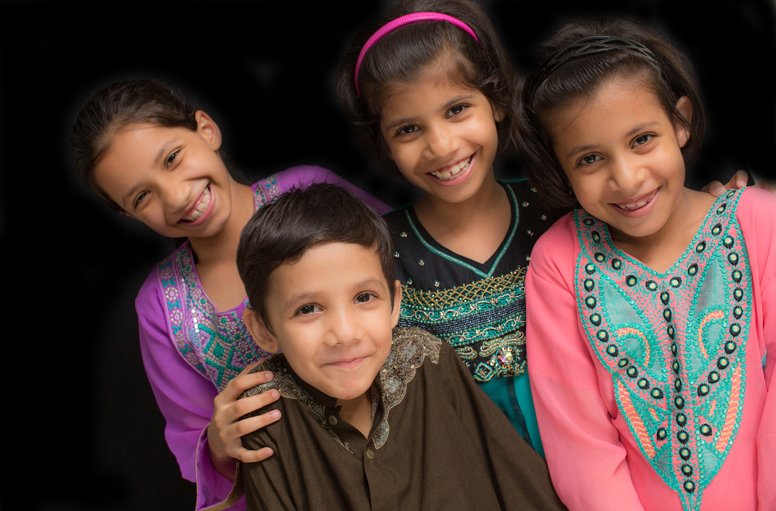 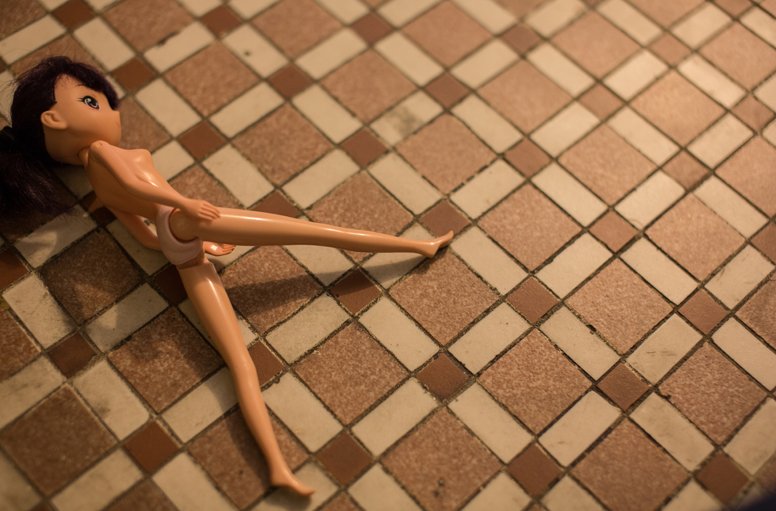 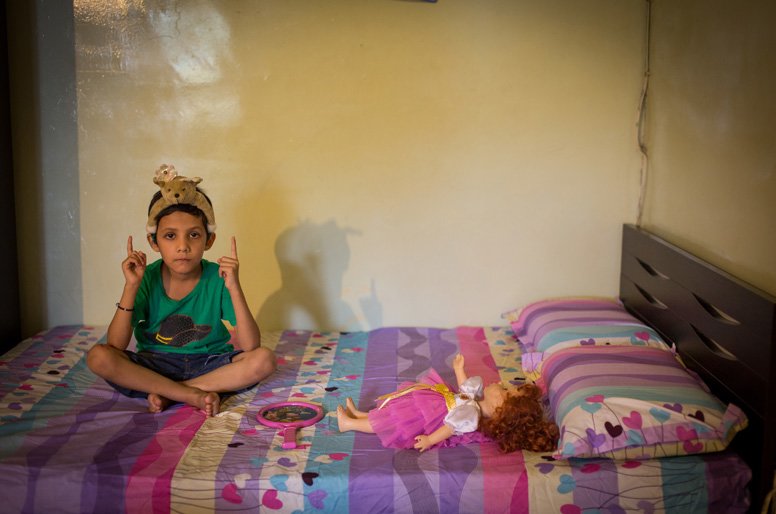 Aliza likes English though. Her grades in English are not bad at all. She has asked her mother whether she can attend an English-medium secondary school instead, just like her Pakistani friends: ‘But my mother said that it’s better for me to go to a Chinese-medium school so that I can communicate with others in Chinese when I grow up’. With her friends going to other schools, Aliza will only be able to play with them in the park during holidays.

Aliza is not the only child in the family who is afraid of Chinese. Her younger sister often comes home crying as well, but it is not just because of Chinese class. Speaking through an interpreter, Aliza’s mother said, ‘Maths and other subjects are all instructed in Chinese, so she cries about all her classes’. But Aliza’s mother strongly believes that Hong Kong is where the future of her children is, so as painful as it is, she still wants them to learn Chinese well. ‘They haven’t studied any subjects which were offered in Pakistan, so how can they go back to find a job there? They have to stay here!’ Yet she has not forgotten their own Urdu language, which enables them to read their classic religious texts. ‘They are not interested, but I will still teach them’. Her wish is that her children can lead independent lives when they grow up, doing whatever they want. That is their choice, she believes. 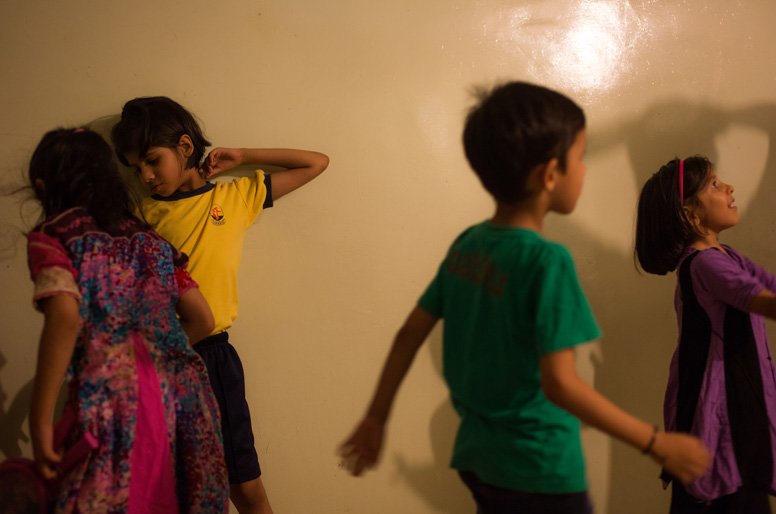 Aliza says she wants to be a doctor or a teacher when she grows up. ‘Doctors can save people; teachers can teach Chinese or English. I can teach Hong Kong children…’ We asked her why she would want to teach Hong Kong and not Pakistani children. She responded, ‘Because I can give them lots of homework’. We all laughed. Is that meant to be some sort of revenge? Aliza smiled at us innocently, reminding us that she is just 10 years old. 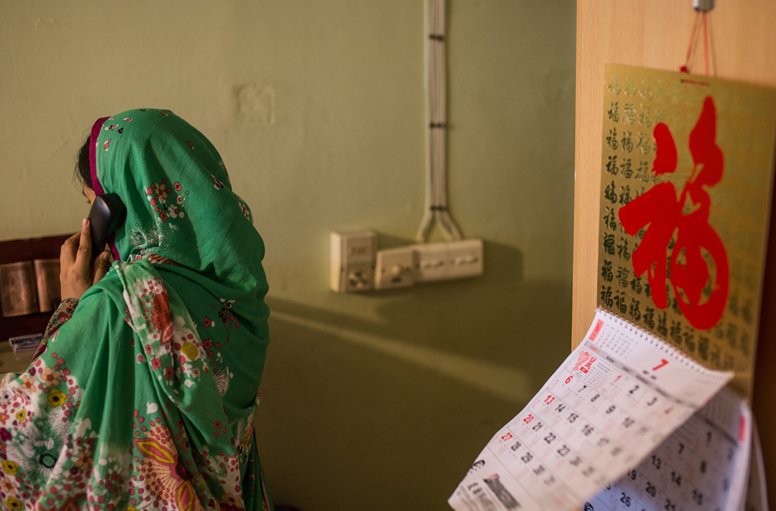 Was I detained because my skin colour is wrong?

Aliza’s circumstance is similar to that of many other ethnic minority people. She is stuck between two cultures: unable to learn Chinese well and unable to read or write her own mother tongue. It will be hard for her to find a job in Hong Kong, but it won’t be easy for her to find a job back home either. To improve their Chinese, their schools provide after-school Chinese remedial classes, but these children consider these classes a pain. Some of the interviewed children shook their heads immediately when they heard the mention of these classes.

Children do not like extra classes; that is understandable. But how else can schools help? Dr. Tai Chung Pui, a researcher at the University of Hong Kong studying Chinese teaching for non-Chinese speaking students, visited some of these remedial classes in mainstream primary schools. He found that some teachers would actually warn students saying that if they did not learn Chinese properly, they would not be able to find a job and would end up being poor all their lives. These classes also used traditional teaching methods, which require students to do a lot of memorisation and copying in their assignments. It is no wonder why getting students to these classes from the playground looks a little like teachers catching criminals.

‘After observing these classes, even I felt like I was being punished’, said Dr. Tai. Many ethnic minority students share that sentiment. ‘All of my classmates are playing outside, why do I have to be here? Am I being detained because of my skin colour?’ These comments break the hearts of teachers who really want to help.

Dr. Tai believes that ethnic minority students are already experiencing a tremendous sense of failure in regards to learning Chinese, so the first objective of these classes must not be to add to their burden. He suggests using positive reinforcement, giving compliments when they are due, and making classes as interesting as possible by, for example, introducing students to origami, including elements of drama and so on. By incorporating fun elements like these, these classes will, at least, not increase students’ dislike for learning Chinese.