It was not easy interviewing Ibrahim. He was talkative when he played games, but clammed up at the mention of Chinese-language classes, preferring to answer questions with a nod or a shake of the head. It was clear he did not like Chinese classes. When we asked him how much he disliked these classes’, he generously gave us five words: ‘I – hate – hate – hate – Chinese’. 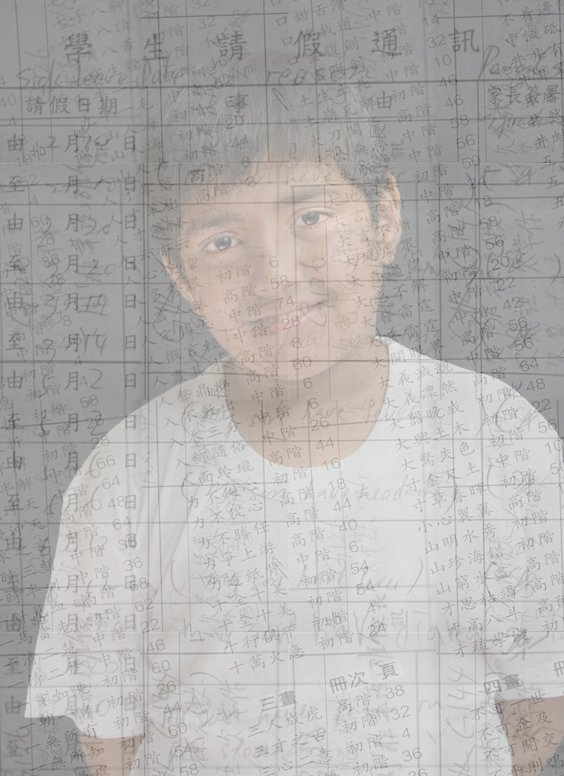 Ibrahim has a Chinese name, which was given to him by his teacher. He prefers others to call him Ibrahim, but most people cannot pronounce it. He does not fully understand the words in his Chinese name, and seems to have no intention of learning what it means. 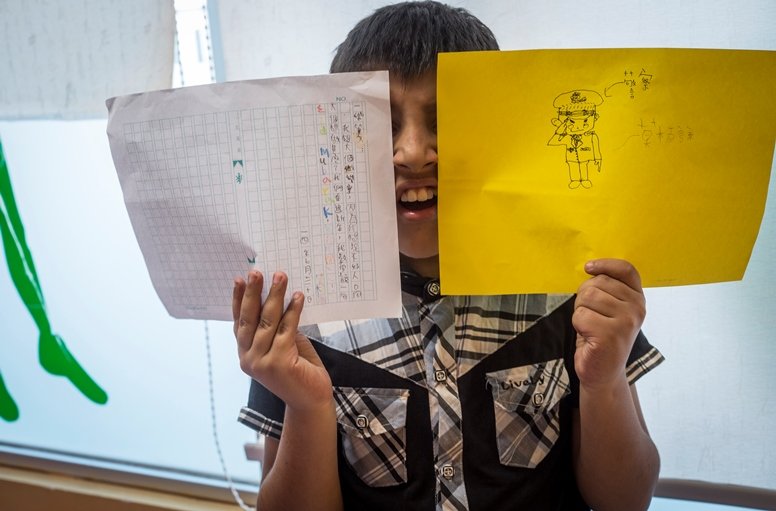 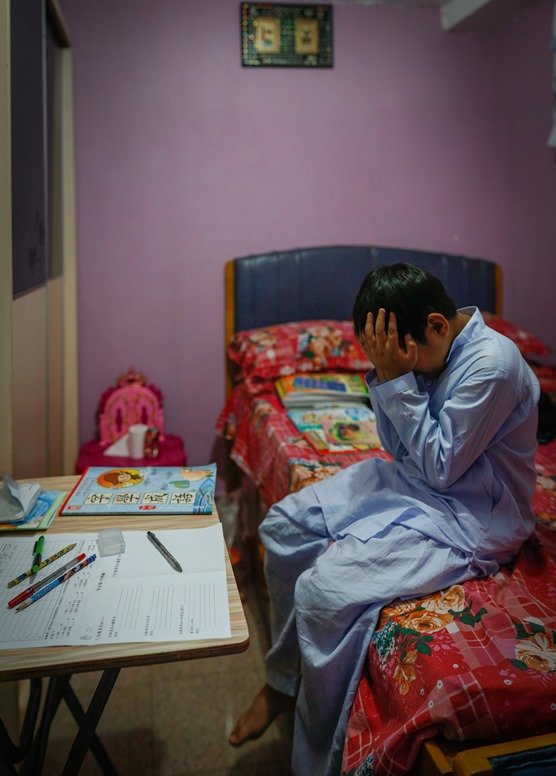 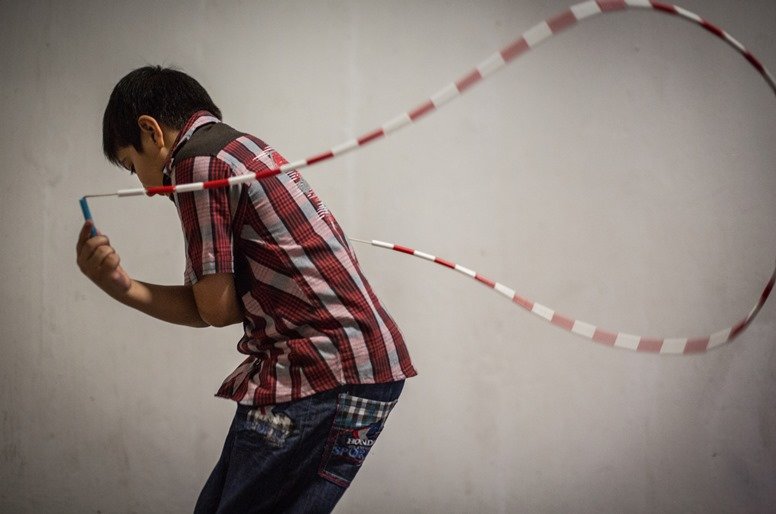 Lost and confused in Chinese class

There are several other Pakistani students in Ibrahim’s school; Ibrahim chats with them in Urdu. We asked him if he has any Cantonese-speaking friends in school.

However, Ibrahim does in fact have some Chinese friends with whom he plays hide and seek and other games that do not involve verbal exchange. When asked whether he talks to any of his Chinese classmates, he shook his head, and reluctantly said his Chinese schoolmates treat him ‘a little unkindly’, though he did not say how.

In Ibrahim’s school, students begin learning Chinese in Putonghua in Primary 2. That has made his Chinese class even more unbearable. ‘I don’t know what they’re saying’, he says. ‘So what do you do in class?’ we asked. ‘I don’t know…’

It was easy to imagine Ibrahim spending his days in class staring at the teacher’s mouth opening and closing with his mind going blank. 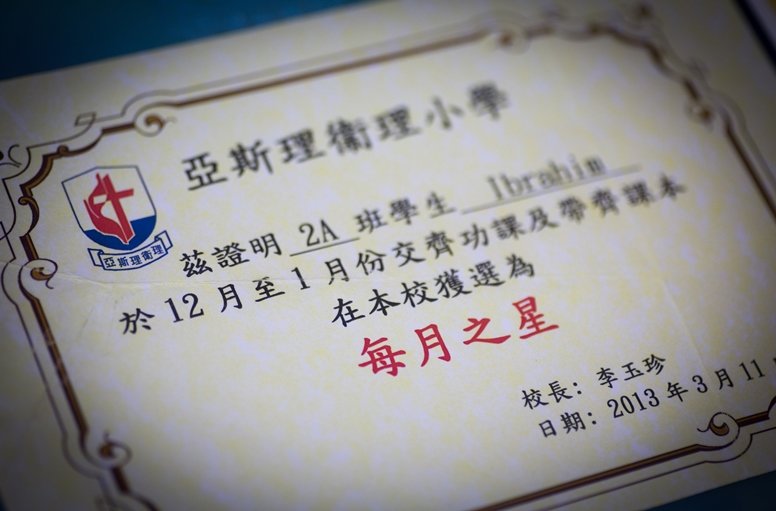 He has tried to do other homework in class, but was caught and had his workbooks confiscated. In class, the teacher rarely asks Ibrahim to answer questions, because even if he was asked, he would just smile and shake his head – much like his response to our interview questions.

Dictation is a nightmare for many children, but Ibrahim casually said,‘There’s no need to study’. What was left unsaid though was, ‘I won’t know the answers anyway’. Although his dictation scores generally range from zero to 20, he still finds dictations better than having to write compositions, which are even more of a drag for him.

We don’t speak the language

Ibrahim’s father is a driver; his mother, like many other Pakistani women here, followed her husband to Hong Kong and has been a housewife since. She does everything from taking care of the family to household chores to religious duties. Her contact with the larger community is largely restricted to grocery shopping at the market. If she needs to meet her son’s teacher or go to the doctor, a friend will go along as interpreter.

Through an interpreter, she told us she appreciates that Ibrahim must learn Chinese to make a good living in Hong Kong. Since she does not speak the language herself, she does not know how to help him. As for how much he has learned, she says, ‘His teacher says he has improved, and I think he has some Chinese friends. I’ll ask him to work harder’.

The question is, will putting more pressure on Ibrahim do anything to change his attitude towards learning Chinese? 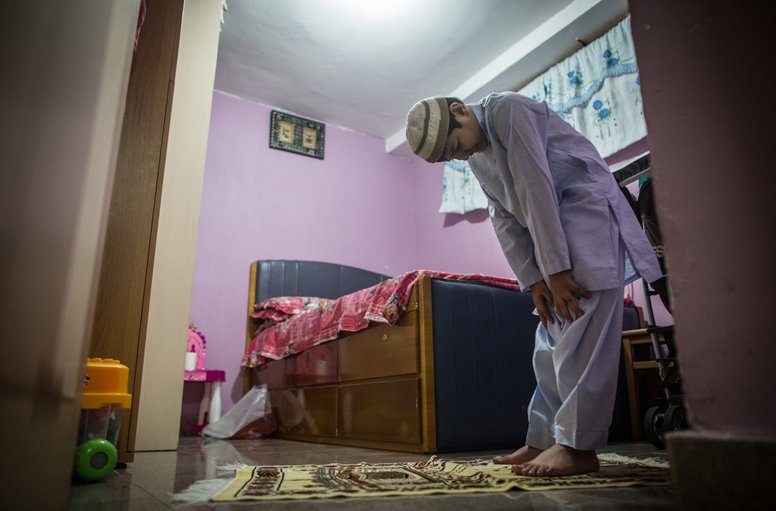 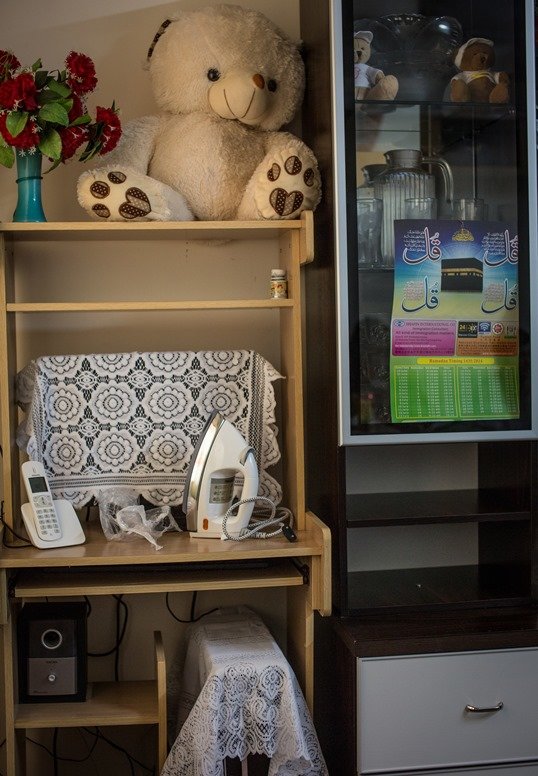 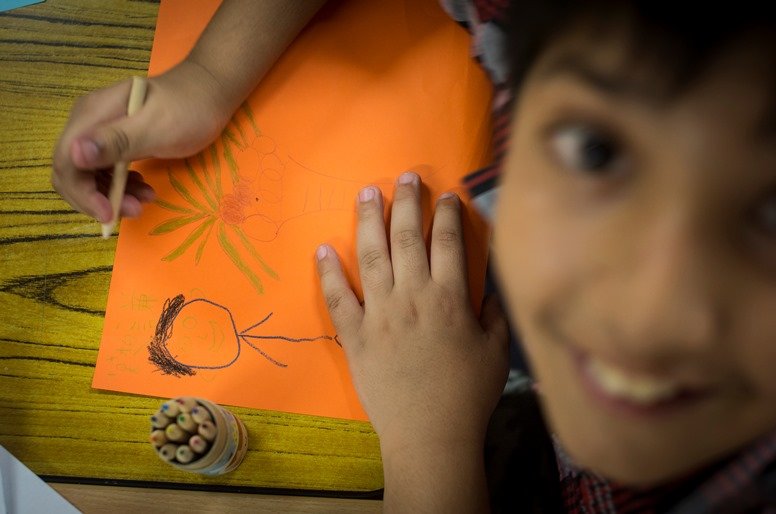 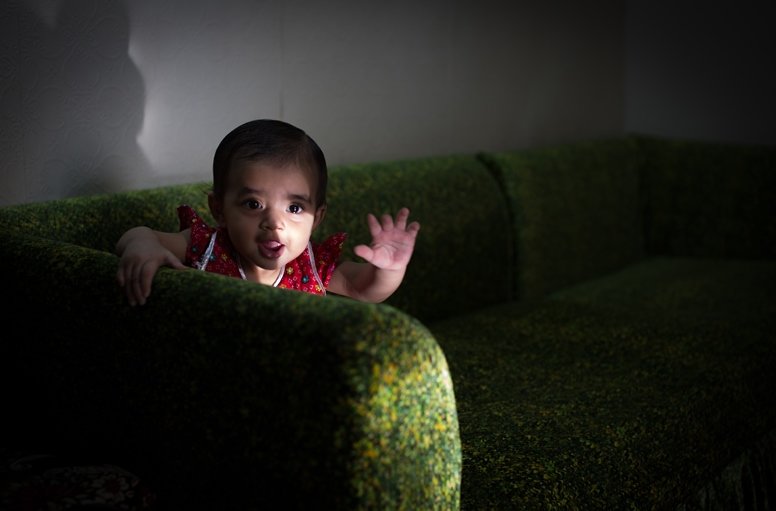 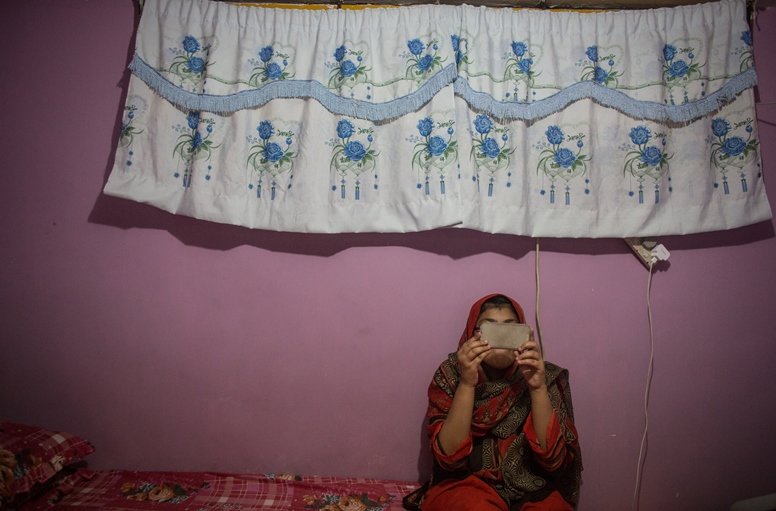 Chinese as a second language: how difficult is it?

For non-Chinese people, learning the Chinese language is hard – harder than most can imagine. Their own language background is usually complex. Take Pakistanis for example. Apart from the official Urdu language, they usually also speak a hometown dialect. In Hong Kong, they must learn to speak Cantonese, Putonghua and English, and write Chinese and English. That is a lot more than the average local Chinese children have to learn.

The peculiarities of the Chinese language make their task even more difficult. For example:

Unfortunately, ethnic minorities’ poor Chinese language skills are obstacles not only in the classroom. It became apparent over the course of our interviews, that it is also an obstacle to their integration into society.